This weekend turned into a board game extragranza for me.

First up was my regular Friday Game Night, where we played Everdell. Which is a fun work placement with a whimsical forest animal theme. This had a very slow start, but by the end, I had more resources than you could use.! This one wasn't a hit me, but I think I would need to play it again to be sure. 3/5.

I have a friend with a huge Heroclix collection, and on Saturday, we got to play with his DC characters. We played a "training match" with Batman & Wonder Woman vs. Aqua Man and Hawk Man. I went in aggressively, which turned out to be a bad tactic. But it was lots of fun, and had some great moments of excitement. 4/5.

On Saturday, another friend invited me over to play games. So I was able to play a few more worker placement games, starting with Whistle Mountain.

Little known fact, I love to say the word dirigible, and this game let me say it many, many times. It was a fun game, and lots to do and think about. It had a neat "tetris" mechanic. My only complaint is that the theme seemed tacked on. I didn't feel we were using airships to build a suspension bridge. 3.5/5

After that, we played Terracotta Army - This game had it all, amazing theme and mechanics, beautiful components, and brain-burning levels of gameplay. It was the best new game I have played in a while. 4.5/5

Imperial Assault's great theme, plus great mechanics, wins me over every time. I love this game and am glad I can play the Jabba's Realm expansion. There were so many double-crosses in this mission, loads of fun, and a great end to the weekend! 4/5

A story - With a bit of help from AI Rex Murphy, the reporter, was known for always being on the scene when disaster struck. He had a knack for finding the most exciting stories, but his luck always seemed to work against him. No matter how hard he tried, 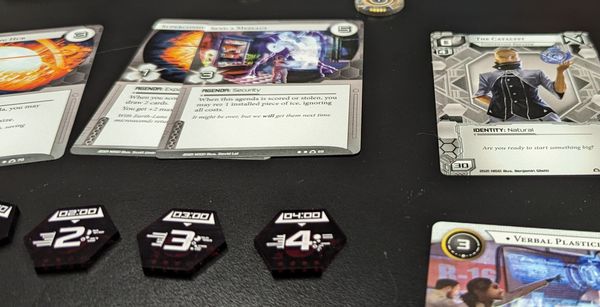 Finally got to play Android: Netrunner today at lunch with the System Gateway from Null Signal Games. They have done a great job with the set. My skills were rusty, but I can't wait to play some more, especially the advanced cards. 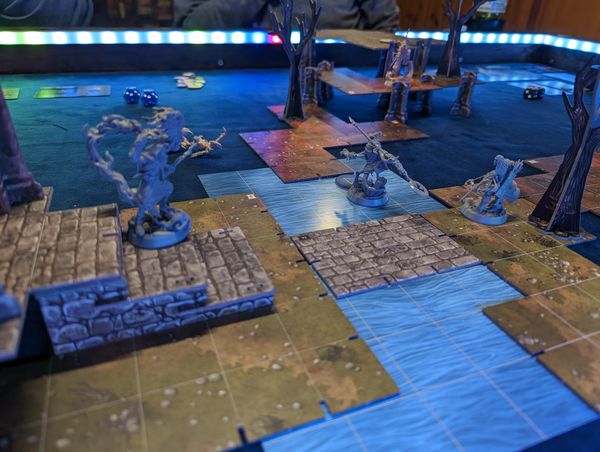 House of the Dragon Edition. This game is freaking awesome.
Mastodon